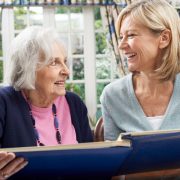 For researchers, the early detection of Alzheimer’s disease gives way for prompt treatment through Alzheimer’s care facilities to give patients a better prognosis and quality of life. But how exactly can this dreaded disease be detected before it’s too late?

One of the cornerstones of early Alzheimer’s detection today is neuroimaging, which includes computed tomography (CT) scan and magnetic resonance imaging (MRI).

These scans offer an image showing the brain tissue’s volume, shape, and position to hopefully determine the earliest signs of Alzheimer’s disease.

The more advanced molecular imaging procedures are also now available to detect any changes or abnormalities within the cellular and chemical components of the brain. They include single-photon emission computed tomography (SPECT) and PET scans.

Diagnosing Alzheimer’s disease these days relies on detecting signs and symptoms of mental decline, which happens only during the later stages of the disease when brain damage is already severe and the need to go to Alzheimer’s care facilities is already inevitable.

But experts are now looking into biological markers or “biomarkers” as one of the most promising ways to detect the presence of Alzheimer’s disease during its early stages.

A biomarker is similar to let’s say, fasting blood glucose, which at a certain level indicated diabetes. Several biomarkers are now being studied by researchers to help indicate the early stages of Alzheimer’s.

Beta-amyloid and tau levels in cerebrospinal fluid (CSF) together with brain changes seen in neuroimaging can indicate the presence of Alzheimer’s.

Although there are still no validated biomarkers for the disease, researchers are looking into several possible indicators including blood and urine tests, genetic risk profiling and proteins in CSF.

Over the last few years, researchers have found that individuals with MCI are at a higher risk of developing Alzheimer’s disease later in life. This is why research has been focused on the potential of using MCI as one of the determinants of early-stage Alzheimer’s.

Patients suffering from MCI may experience memory problems and other issues with mental function, but not all of them will progress to Alzheimer’s.

This is why researchers are trying to find ways to identify the potential of an MCI developing into Alzheimer’s disease through further testing.

An American develops Alzheimer’s disease every 65 seconds and more people are getting into Alzheimer’s care facilities to be given the proper care and guidance as they battle this disease.

With the aging population outnumbering the younger ones soon enough, they need to diagnose Alzheimer’s early has never been more crucial.

We can only hope that researchers will somehow find ways to help patients live a better life through early detection in the coming years. 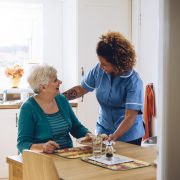 It might not be as popular as Medicare and Medicaid, but the Older Americans Act (OAA) was also created in 1965 in an effort to provide better care to Americans over the age of 65.

For many years, the Older Americans Act has been at the forefront of helping older people live better lives by being the buffer for those gaps left by Medicare and Social Security.

The OAA has served millions of Americans

Since it was formed in 1965, the OAA has helped millions of Americans through its different programs. 24 million rides have been provided for people who need to go to their doctor’s office, 10.6 million hours of adult daycare have been subsidized and over 40 million hours of personal care aides have been funded by the act over the last few years.

According to the chairman of the House Education and Labor Committee Rep. Bobby Scott, “the spectrum of services provided through the OAA—in conjunction with Medicare, Medicaid, and Social Security—ensures that our nation’s older Americans are not left behind in their golden years.”

With the goal of helping the elderly live their best life possible, the OAA protects older people from abuse or neglect, especially in nursing and assisted living facilities.

The OAA also recognizes the need for independent living in the elderly population where instead of being in a nursing home, more people want to be in assisted living facilities where they can still be independent and free without compromising their need for safety and assistance in some aspects of their routine.

The OAA funds programs supporting independent living, which “is a drop in the bucket compared with the national budget,” according to Dan Adcock of the National Committee to Preserve Social Security and Medicare.

The OAA also supports the training and counseling of caregivers through grants in several states.

The OAA supports efforts focused on the older population

Americans over 60 are also covered by federal and local agencies advocating for their welfare under the OAA.

The future of assisted living facilities under the Older Americans Act

With the aging population set to skyrocket in the coming years, the need for more funding is also being felt by lawmakers to continue supporting the OAA. This year, $2.06 billion is needed to pay attention to the issues affecting the older American population.

Assisted living facilities, in particular, are highly needed to tackle issues in proper healthcare and taking the weight off more than 40 million caregivers who offer unpaid services to their loved ones.

With the number of patients with Alzheimer’s disease expected to reach 14 million by 2050, the need for more assisted living facilities offering the best service to these patients has never been higher.