The baby booming generation is already growing old, so it’s no surprise that the demand for memory care assisted living is set to grow rapidly over the next few years. But there’s also the reality that memory care can be very expensive.

In fact, some data from Genworth’s eldercare cost figures revealed that the median cost of memory care was about $5,000 to $5,250 in 2019. That’s at least $1,000 per month, which is quite pricey even for high-income individuals.

Since there are many low-income seniors in the country, there are already several options in terms of memory care assisted living to give these individuals the best quality of life as they deal with Alzheimer’s and dementia:

Seniors with mild to moderate memory loss are usually cared for in an apartment-style assisted living facility where there are trained nurses and health aides to help them with activities of daily living.

Meal programs are also offered for residents so they don’t have to worry about cooking their own food. This type of memory care has the goal of giving residents a safe environment where they can be as independent as possible.

These facilities also offer assistance for residents who may tend to wander or those with maintenance medications.

For individuals who are already in the mid to late stages of dementia or Alzheimer’s disease, a skilled nursing facility would be the best option. This is also true for seniors who have other health problems that require skilled nursing care.

Residents in this type of memory care assisted living can either stay in a shared or private room, but they will have access to lounge areas, dining rooms and activity areas where they can socialize with other people in a safe environment. A skilled nursing facility also has on-site staff 24/7 to attend to the needs of residents.

Aside from doctors and nurses, some facilities may also have psychiatrists who are trained in working with Alzheimer’s patients to help them with therapies and adherence to medication so they can have a better quality of life.

Since these options still require payment, low-income seniors who can’t afford to stay in these types of memory care assisted living to have the option to remain in their home and just hire a part-time or full-time caregiver.

Seniors may also apply for Medicare and Medicaid assistance in some assisted living facilities to help them with expenses. Although expenses will not be fully covered, they can help ease the financial burden to the family of low-income seniors while still giving them the best quality of life possible as they go through their journey. 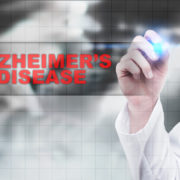 The numbers say it all. Every 65 seconds, an American develops Alzheimer’s disease that by 2050, it is expected that there will be more than 14 million people in the United States with this condition, most of which will be living in facilities for Alzheimer’s.

It is also the 6th leading cause of death in the country with 1 in 3 seniors dying from Alzheimer’s or dementia.

With Alzheimer’s disease having no clear cause or any known treatments yet, getting screened will allow for early detection of the disease so that lifestyle changes could and other modalities can be implemented to maintain your quality of life.

Why should you get Screened for Alzheimer’s?

Many people living in facilities for Alzheimer’s knew about their condition when it was already in its advanced stages. Some would also say that there’s no point in early screening when Alzheimer’s is untreatable. But getting an early diagnosis can actually be beneficial in a lot of ways.

For one, you’ll be able to change the way you live so you can preserve cognitive function and slow down the progress of the disease.

By eliminating many of the risk factors for Alzheimer’s, you’ll be able to keep yourself healthy for a longer time than not knowing that you’re already aggravating your condition with bad lifestyle choices.

Early screening also gives you a better chance at benefiting from different treatment options for Alzheimer’s and you can even participate in clinical trials. This means that you’ll be able to try medications, interventions, and modalities that could help you get a better prognosis from the disease.

When should you get Screened for Alzheimer’s?

Loss of memory is usually the first sign of Alzheimer’s disease, but it can also be a symptom of other medical conditions that need to be ruled out. So if you begin to notice that you’re becoming forgetful, it’s best to get screened to see if your memory loss is related to Alzheimer’s or any form of dementia.

You should also get yourself screened if you have family members with Alzheimer’s or dementia, especially your grandparents, parents, or siblings who got diagnosed with the disease in their 30s or 40s.

Also, remember that women are more likely to develop Alzheimer’s than men, so you should considering screening if you’re a woman in your 60s.

Why go through Screening when Alzheimer’s is not Curable?

Finally, some people would disagree about early screening saying that it’s useless since Alzheimer’s is not curable, after all. But if you think about it, getting screened will give you more time to come to terms with having the condition and prepare yourself and your family for the journey ahead.

While you’re still able, you can make all the necessary changes to keep yourself healthy for a longer time and slow down the disease process. You’ll also be able to increase your quality of life and be as independent as possible while you’re at it.