Blog - Latest News
You are here: Home1 / Uncategorized2 / Learning the Difference between Alzheimer’s and Dementia 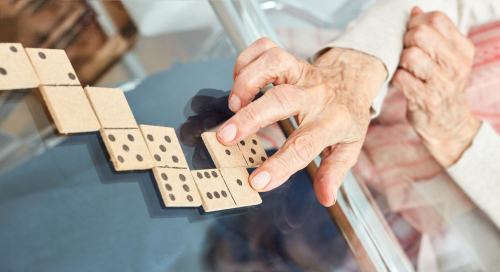 Many people make the mistake of using the terms Alzheimer’s and Dementia. However, these two medical terms are linked to one another. For one thing, both are debilitating conditions. People who have been diagnosed with either of these will quickly lose their sense of independence, resulting in the need to be confined to an assisted living facility.

Understanding both Alzheimer’s and Dementia requires being able to identify the distinct characteristics of each. With that, let’s proceed to discussing them.

Dementia is not a disease, but a syndrome. A syndrome is a group of symptoms with no definitive diagnosis. It affects mental cognitive tasks like memory and reasoning. According to the World Health Organization, dementia affects 47.5 million people around the world.

It can be easy to overlook the symptoms of dementia because they are often mild. It usually starts with simple episodes of forgetfulness that may continue to get worse.

Dementia has many causes. Some of the most common are:

Here are some symptoms to look out for:

Alzheimer’s is a disease that falls within the dementia spectrum. It’s a form of brain disease that impairs both memory and cognitive function.

It is possible to tell if a person has the disease if he or she exhibits any of these symptoms:

There are over 5 million people in the United States who have Alzheimer’s. The disease also accounts for about 50 to 70 percent of all cases of dementia. Sadly, the exact cause for it remains unknown and a cure for it has yet to be discovered.

Still, there are ways to effectively manage the disease:

Dementia and Alzheimer’s are a major cause of disability for older adults. They can have a huge impact on the patient and the people that surround him or her. Patients can become an emotional and financial burden on families and caregivers. But this can be overcome by moving the patient to an assisted living facility specializing in care and management for people with these medical conditions.

It would be wise to do your research and compare services before deciding on which facility to choose.

Want to join the discussion?
Feel free to contribute!